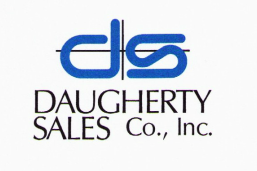 Scott Daugherty graduated from Clemson University in 1989 with a Bachelor's degree
in Management.  He began his career as a HVAC manufacturers' representative over
twenty years ago.

Scott married his wife, Nicole in 1996.  They have two daughters Alexandra, 23 and
Kendall, 21. They enjoy spending time as a family, biking and attending Carolina Panther
and Clemson football games.

Justin Revels is a native to Charlotte.  He graduated from NC State University in 1993
with a B.S. in Business Management.  Justin worked on the wholesale side of the HVAC
business for 15 years prior to joining Daugherty Sales in 2008.

Justin married his wife, Kelly in 2008.  They have son Jacob, 22, daughter Kamryn, 20,
son Greyson, 12 and Zachary, 10.  They love attending NC State football games, playing
golf and spending time with one another.


Butch Hill graduated from ECU in 2004 with a B.S. in Business Marketing.  He immediately
began his career in the HVACR industry.  He spent 15 years as wholesale Territory and
General Manager. For the past 3 years Butch has been working as the owner of a service and
install contractor company.  Butch joined our sales team 2023.  With both sales and hands-on
technical experience he is a huge asset to Daugherty Sales and our manufacturers.

Butch married his wife, Danielle in 2016.  They have two boys, Austin, 10 years old, and Hayden,
4 years old. Butch and his family live in Myrtle Beach, SC.  He will be covering the Eastern part of
​both NC and SC.
Proudly powered by Weebly